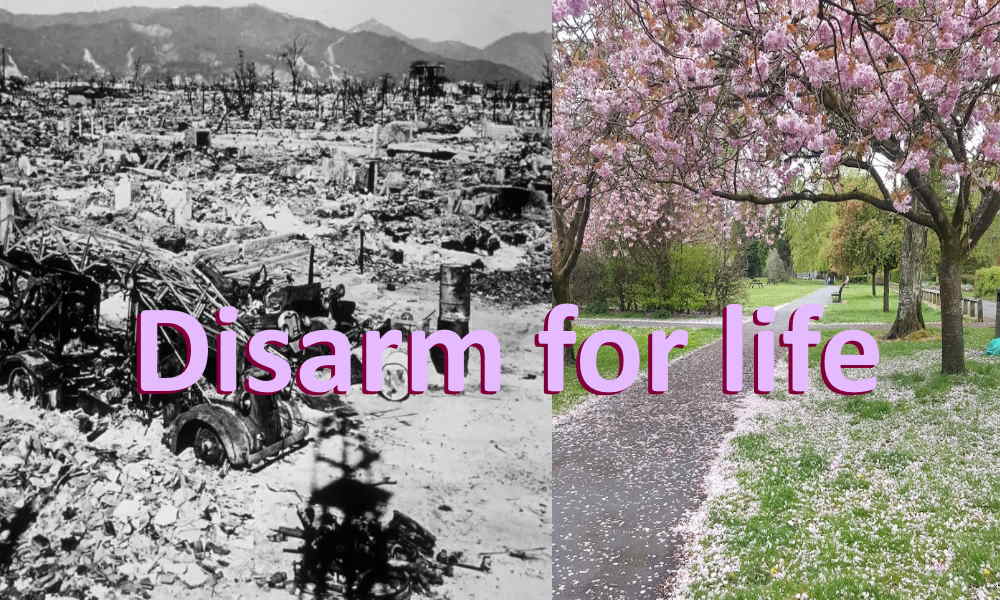 The war in Ukraine has had a devastating humanitarian impact, with displacement, death and injury of huge numbers of people, and severe damage to the country’s infrastructure. Hanging over it all is the psychological harm that people have suffered, and the severity of the fracturing of relations between the west and Russia. The latter has resulted in public and media discussion about whether this will lead to nuclear war. We cannot help but be deeply concerned.

At the same time as the war grinds on in and the brutality continues, preparations are under way for a very different event in central Europe; the first meeting of the states parties to the UN Treaty on the Prohibition of Nuclear Weapons (TPNW), from 21-23 June. The International Campaign to Abolish Nuclear Weapons (ICAN) highlighted the catastrophic humanitarian consequences of the use of nuclear weapons as a key factor in shaping this new approach to making progress towards nuclear disarmament.

The TPNW has not been signed by the UK, claiming that it could harm processes for the ‘maintenance of international peace and security’. In spite of its disarmament obligations under the nuclear Non-Proliferation Treaty, the UK in March 2021 announced that it was going to increase its own nuclear warhead stockpile to 260 warheads (up from 195).

The June meeting of the TPNW states parties has been postponed from its original January date due to Covid. As with the work towards getting the treaty agreed and signed, civil society groups will be active in and around the conference, supporting and engaging with delegates and others in keeping the momentum going. ICAN will coordinate civil society participation and accreditation. Austria is hosting a special global Parliamentarians Conference for treaty supporters, including some from the UK and Scottish parliaments and yours could be encouraged to attend the event and the meeting of members itself.

For suggestions on engaging with parliamentarians follow this link.

For those who wish to see the UK take the TPNW more seriously, this is an opportunity to encourage all parliamentarians in Westminster and in the devolved parliaments to become more familiar with the Treaty and its implications. A detailed and informative report – Nuclear weapons are banned: what does this mean for Britain? – was published earlier this year to help with this. Hard copies can be obtained by emailing hello@nuclearban.scot. In her introduction, the report’s author Rebecca Johnson writes:

“The imperative for negotiating and joining the TPNW is recognition of today’s humanitarian risks and impacts, which include nuclear war and is made possible by making, keeping, proliferating and threatening to use nuclear weapons. …. This report argues for rethinking our security approaches, recognising the military, industrial, cultural and political drivers of insecurity, and overcoming the institutional assumptions and prejudices that have thwarted decades of nuclear disarmament hopes, commitments and diplomacy.”

For further background information, briefings and news about the TPNW see:
– https://nfpb.org.uk/tpnw-info/
– and https://www.nuclearban.scot/