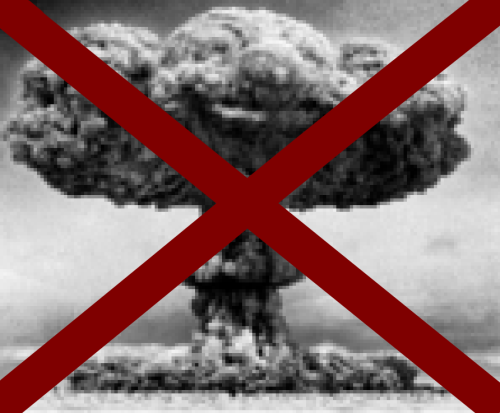 Resolution 1 of the United Nations General Assembly in January 1946 was about setting up a commission ‘to deal with the problems raised by the discovery of atomic energy’, whose terms of reference ask it to establish proposals ‘for the elimination from national armaments of atomic weapons and of all other weapons adaptable to mass destruction’. Nearly 75 years on, ‘could do better’ would be something of an understatement.

However, a decisive step has now been taken, with the 50th state, Honduras, having ratified the UN Treaty on the Prohibition of Nuclear Weapons (TPNW) on 24 October 2020, following ratifications on 23 October by Jamaica and Nauru.

The Treaty was voted in by 122 states at a conference on 7 July 2017, and opened for signature by the Secretary-General of the United Nations on 20 September 2017. It will enter into force 90 days after the fiftieth instrument of ratification, acceptance, approval or accession has been deposited. This will therefore be on 22 January 2021, also marking 75 years since the UN General Assembly was convened and passed its historic first resolution.

The process leading up to the Treaty was noteworthy for the involvement of civil society, particularly under the auspices of ICAN – the Nobel Peace Prize-winning International Campaign to Abolish Nuclear Weapons. Members the ICAN network in the UK include NFPB and QPSW and there is determination amongst them to promote both knowledge and action in relation to the new Treaty over the coming years.

The Treaty includes a comprehensive set of prohibitions on participating in any nuclear weapon activities. These include undertakings not to develop, test, produce, acquire, possess, stockpile, use or threaten to use nuclear weapons. The Treaty also prohibits the deployment of nuclear weapons on national territory and the provision of assistance to any State in the conduct of prohibited activities.

The UK has not yet signed the Treaty, but there is support from many in wider society and in political parties. The Treaty is for multilateral disarmament. It could provide the UK with an opportunity for global leadership, for creative thinking about approaches to security that would address the real problems of our planet such as inequality, climate change and migration. We will need to maintain pressure on nuclear weapons states to act responsibly and make nuclear disarmament a political reality.