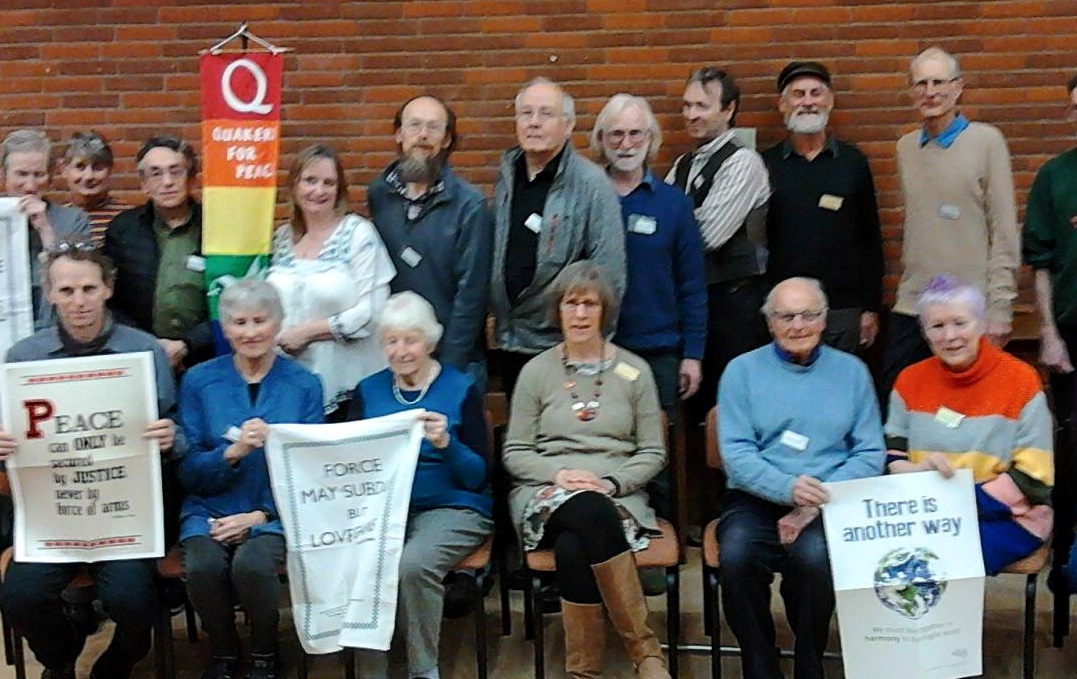 We were warmly welcomed at Liverpool Meeting House, in the bustling city-centre, for our first meeting of the year. Members had travelled from many parts of the North, from East Scotland to North Wales and regions across the North of England. Our meeting began and closed with periods of silent worship.

Our membership is chiefly composed of Representatives appointed by Area Meetings, who normally serve for one or two periods of three years. We used our introductory session at this meeting to look at the ways in which Representatives can undertake their role most effectively, both in terms of strengthening the links between NFPB and their Meetings, and in becoming fully involved in our own work and activities. There were some valuable ideas from this discussion that could be taken forward in different ways.

Since our last meeting, two new working groups have begun to get on with their jobs. We heard reports from these groups. Focusing on our programme of workshops, and on nuclear abolition, the groups have met and are developing priorities for action, looking at involving and empowering our own members and the wider community – Quaker and non-Quaker – in taking action. Recognising the value of working well in groups in the process of building peace, and the urgency for engagement on nuclear disarmament, the groups will be busy in the year ahead.

We considered our financial position, with initial figures from the end of 2018 presented to Friends. Whilst levels of Quaker donations for the year were as we had budgeted, Trustees are keen to generate more income from invested reserves. Sales of materials, regular individual donations, legacies and grants from charitable trusts are other sources of income that will be developed and promoted in the coming period. Trustees will be drawing on reserves during 2019 to make some improvements to the office working environment.

As at all our meetings, we gave significant time to hearing reports of recent and planned peace-related activities of our members. We heard of nonviolent witness at the consulates of nuclear-weapons states in Edinburgh, preparations for involvement in the Roots of Resistance Quaker action against the DSEI arms fair later in the year, the progress of getting a peace champion established in one local authority, activities to support fair-trade fortnight, and the decision by one Meeting to change from wearing yellow fluorescent waistcoats at events to pink, to avoid confusion with the variety of groups now choosing to wear ‘gilets jaunes’. There was also a short report of our developing involvement with the Rethinking Security project.

Our closing session began with small group conversations in response to a discussion-paper (see below) that highlighted some of the particular current challenges of these ‘turbulent times’. In the worship that followed, Friends reflected on the current unsettled and unsettling trends, speaking both of distress but also of hopes of being able, together with others, to help build radical new alternatives.